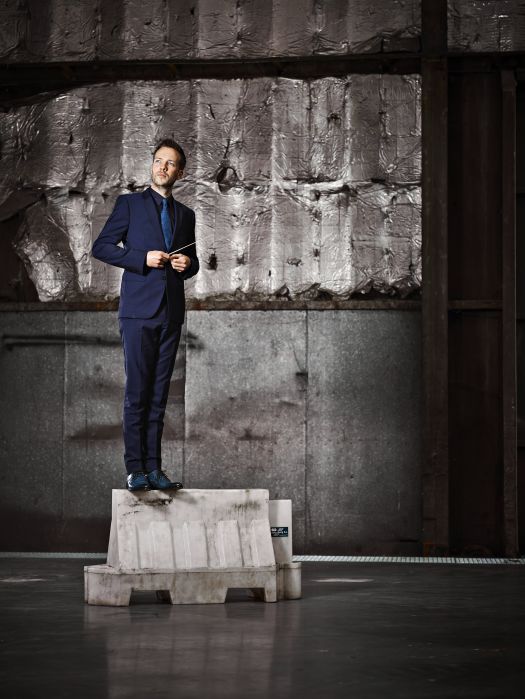 "He is talented, knows what he wants and is very able to show the orchestra.”

Frans-Aert Burghgraef studied orchestral conducting at the conservatoires of Groningen and Utrecht. From an international selection of two hundred conductors he was invited to attend a masterclass with maestro Bernhard Haitink, as part of the renowned Lucerne Festival. Maestro Edo de Waart selected him to conduct a concert with Antwerp Symphony Orchestra. September 2018 Mr. Burghgraef was admitted to a much sought after masterclass with Dima Slobodeniouk and his Orquesta Sinfónica de Galicia in A Coruña.

January 2015 maestro Burghgraef was awarded the first prize in the renowned Taipei International Conducting Competition. Chairman of the jury was the illustrious Finnish conductor, coach and scout Jorma Panula. Following the competition Mr. Burghgraef was invited to conduct the Taipei Chinese Orchestra in May 2017. December 2015 Frans-Aert received in the Amsterdam Concertgebouw the prestigious Kersjes Conducting Grant. This important € 15.000,- three year talent development grant is named after the illustrious Dutch conductor and advocate of young talent Anton Kersjes.

Mr. Burghgraef is a keen supporter of young talent. 2017 He coached young musicians from all over Europe in a project instigated by The Royal Conservatoire The Hague. Furthermore in 2017 he conducted eight concerts with NESKO, Dutch Student Chamber Orchestra